Geoengineering may turn out to be one of the only super high-tech “rabbit holes” that we overly-aggressive humans do NOT choose to go down. I say, may because that could change in a heartbeat if the climate hits one too many tipping points (thanks, in part, to the likes of the Koch brothers et al) and in a panic, humankind is forced into taking dangerously extreme measures in order to survive.

I have previously written about one of the groups, Solar Radiation Management Governance Initiative wanting to dim the sun in order to bring down global temperatures (you can click the geoengineering tag on my website if you want to read the two previous posts). Indeed, even six months ago, it wasn’t looking good for humanity, with momentum building in favor of geoengineering. When big name funding sources like Bill Gates are factored in (he’s one of their main sponsors), fringe projects can take on a life of their own. I am amazed to be able to say that this might not be the case for geoengineering. Several papers and mainstream media articles have come out in recent weeks which appear to have put the “Genie back in the bottle.”

Here is one of those critiques, which delivers a fairly harsh criticism to even the basic premise, and further discourages even using the term geoengineering. This rebuke might be considered the scientific equivalent of you being sent back to 1st grade after your first day of high school: 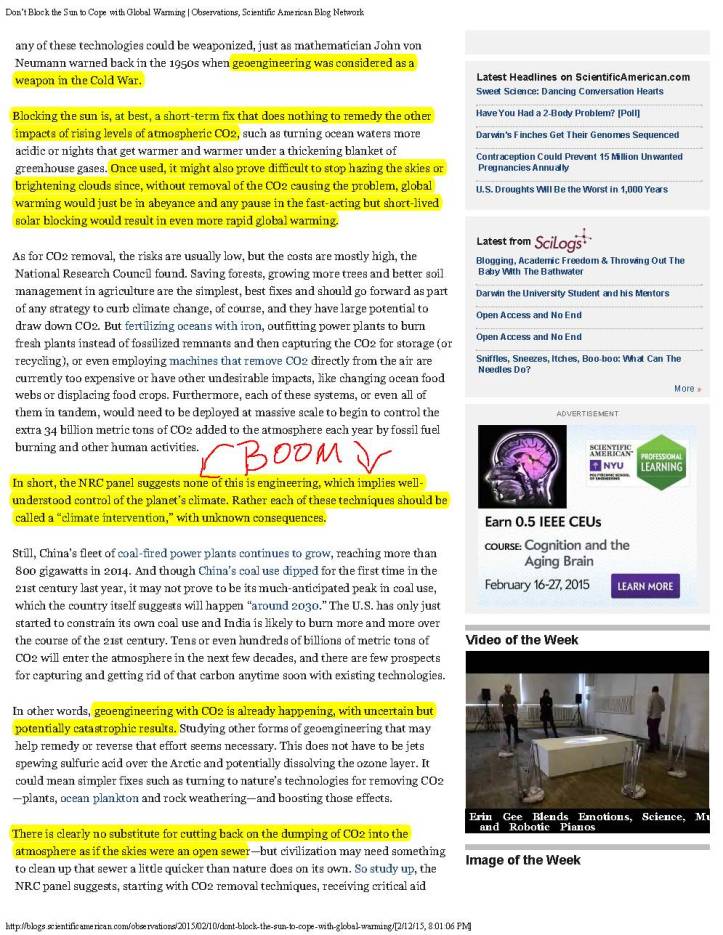 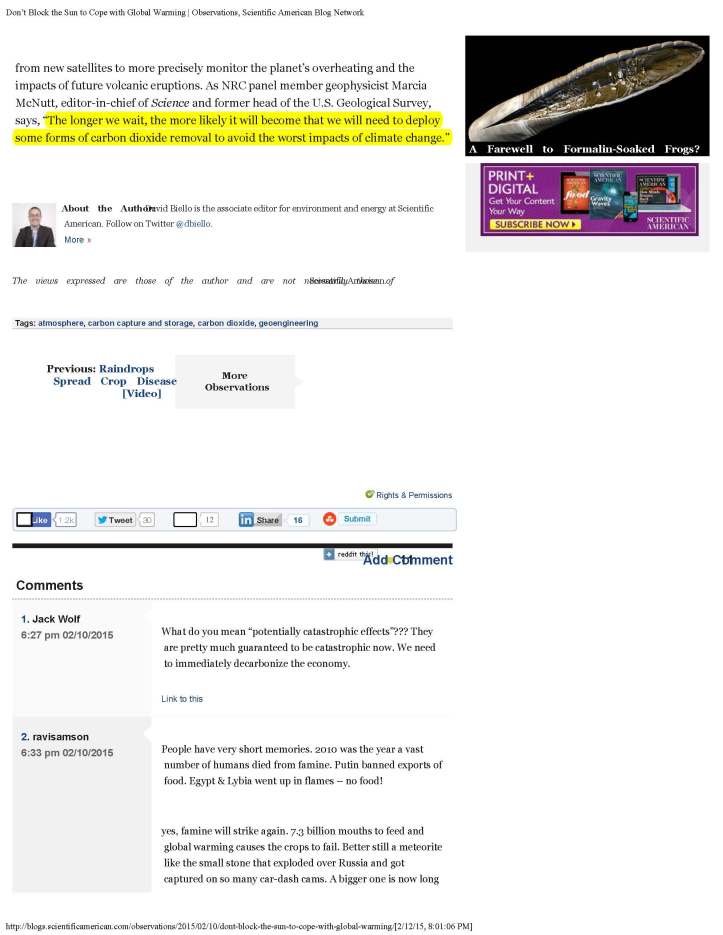 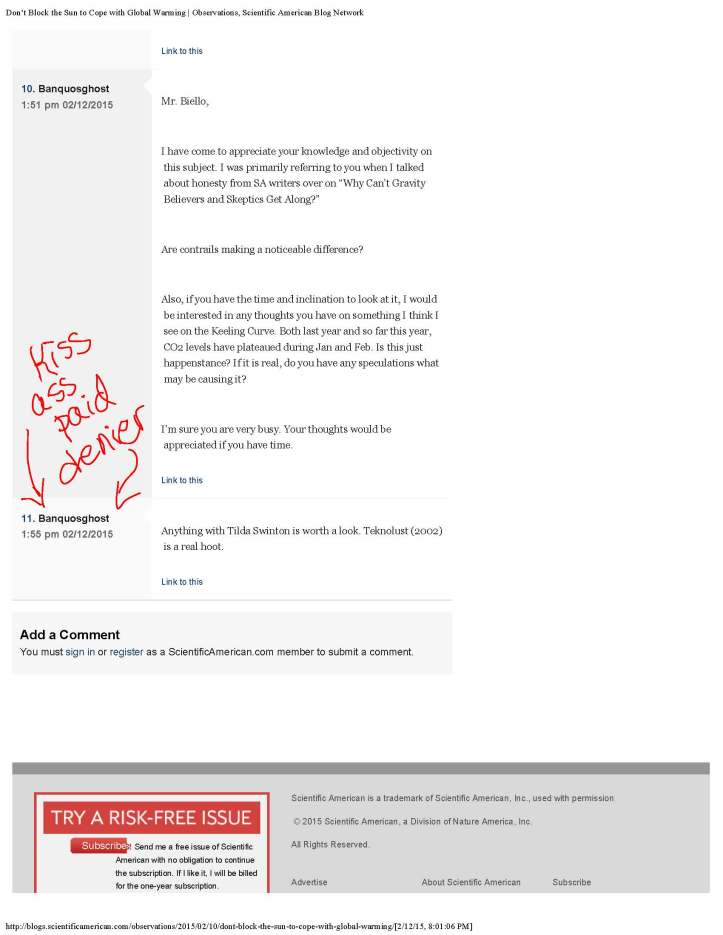 Which makes my recent viewing of the movie, Snowpiercer seem, in retrospect, much less terrifying. And if you’ve never HEARD of the movie, Snowpiercer, you’re not alone. I hadn’t. My son (who is in college) insisted that we watch it on Netflix last weekend at the suggestion of his buddies at school who had told him that it was incredible. They were right.

I couldn’t believe that a movie starring Chris Evans (Captain America), Octavia Spencer (The Help), Tilda Swinton (Benjamin Button), John Hurt (Harry Potter) and Ed Harris (Gravity, The Hours) could fly under our radar. Okay, this movie did have an odd pedigree given that it was based on a French graphic novel (Le Transperceneige) and was directed by a South Korean filmmaker (Joon-ho Bong) but considering it’s big name international “star power,” and how truly mindbending and thought-provoking it turned out to be, with incredible special effects and a story that seemed terrifyingly plausible (Think: climate crisis has led to geoengineering attempt gone horrifically wrong, blend in a little “Clockwork Orange” and add a dash of “Crouching Tiger, Hidden Dragon”), well, it SHOULD have been a blockbuster. Instead this was how the numbers played out, according to IMDB, and notice that this English-speaking film has virtually no presence in countries where it should have been especially popular:

And don’t take my word for it. Here is a Buzzfeed article I looked up after we watched it (because I just couldn’t believe I’d never even seen one commercial for it, or heard a single person mention it). There are some spoiler alerts in this article, so if you don’t want to know too much about the movie beforehand, you can just scroll down to the very LAST sentence of the article, which I’ve highlighted: 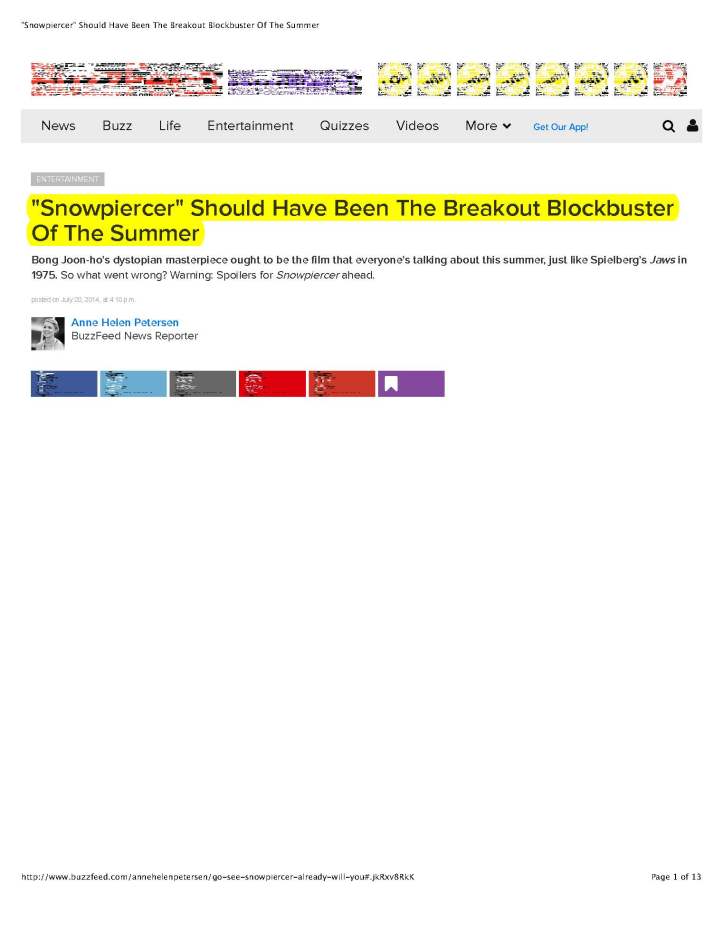 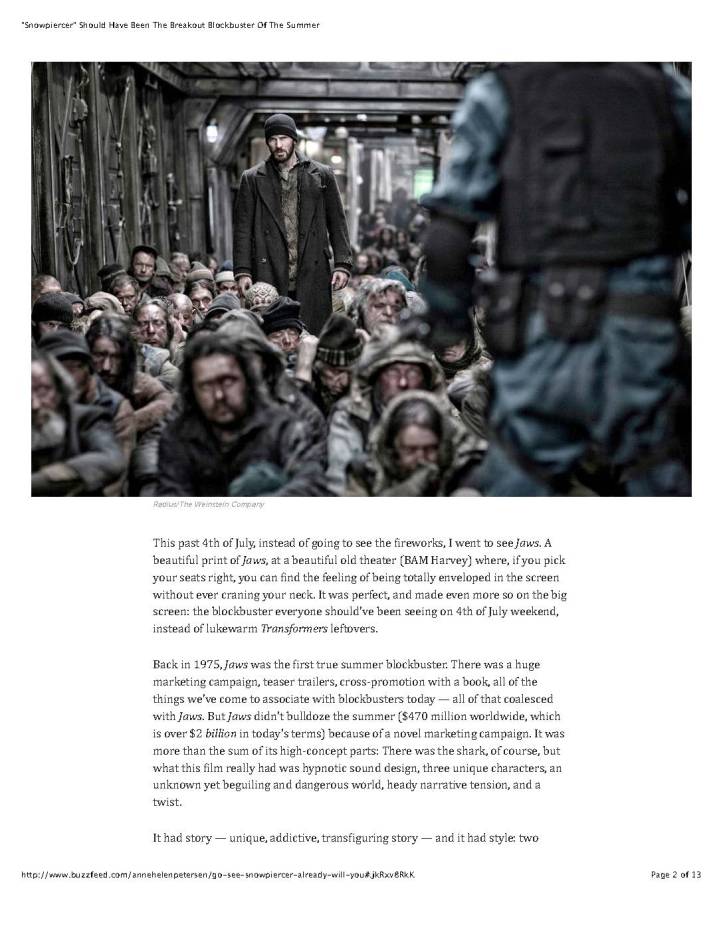 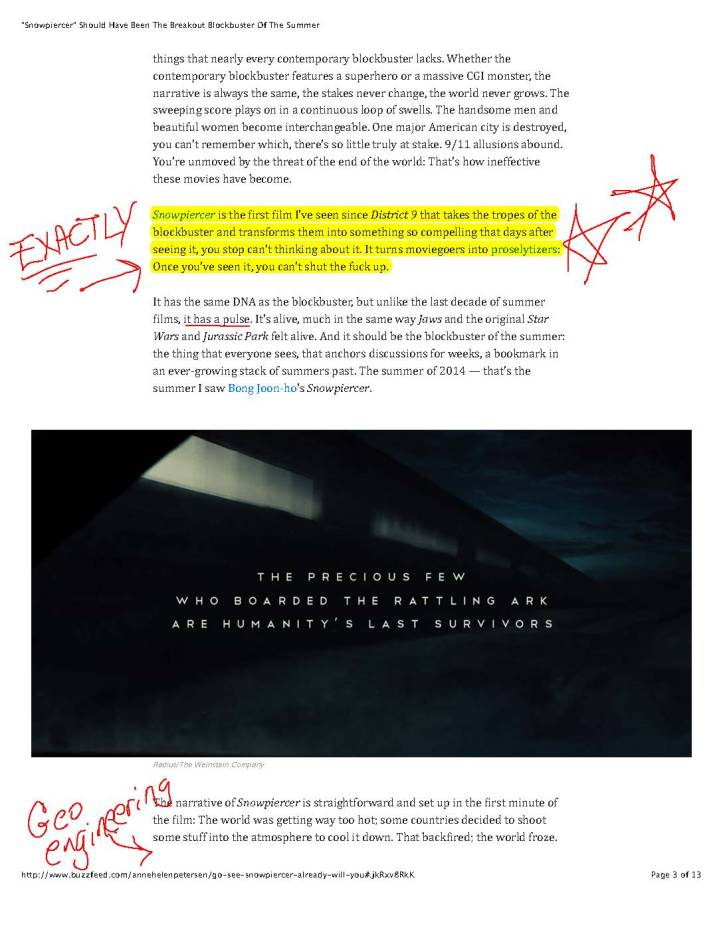 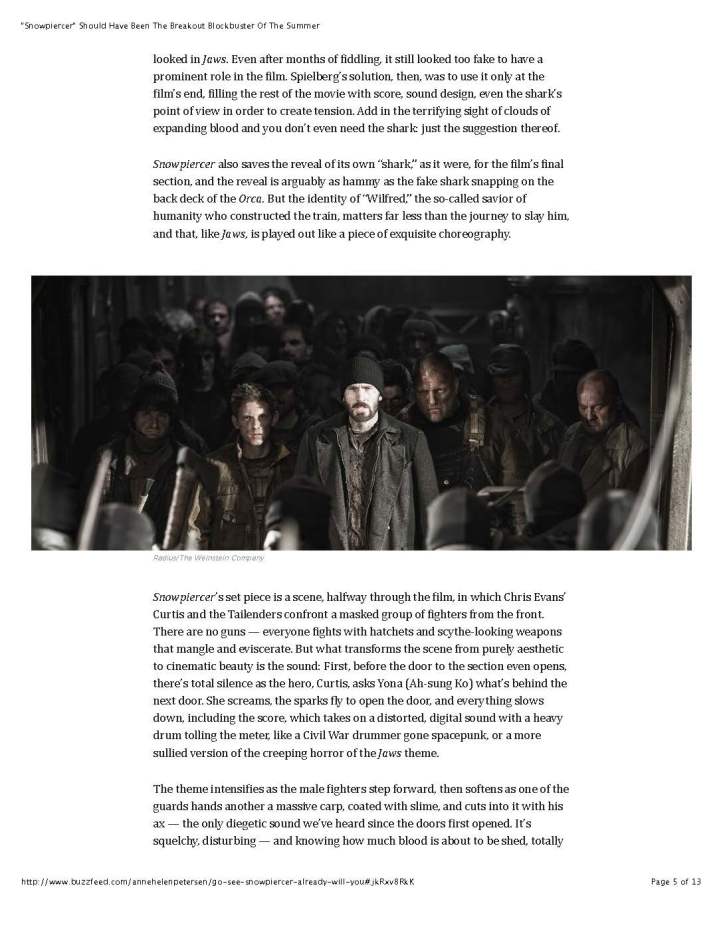 Talk about “must see TV!”