How to ruin a good thing

Maybe there are two entirely different realities. After all, parallel universes and the multiverse sounded completely nutty a decade ago, but have almost become mainstream at this point.

I’ll preface what I’m going to write by saying that nothing, literally not one single thing, shocks me any more when it’s coming out of the US Department of Energy. In my one year, 2 month history of writing this blog and reading through their websites, I’ve seen the most nonsensical and illogical sentences, paragraphs, attempts at a snow job, and B.S. project funding wrapped snugly around the fossil fuel industry (for more on that, you can click the tag cloud on this website and look up “Department of Energy,” or “all of the above”).

With that, here’s something that just came out of DOE Secretary, Ernest Moniz’ mouth recently when he was trying to gussy-up President Obama’s “all of the above” energy policy (in anticipation of their trip to Paris for climate talks):

“Not in this decade or the next decade, perhaps, but as we go to a trajectory of ever-lower carbon emissions, well then, natural gas will be too carbon-intense, and it will need carbon capture and sequestration.”

Carbon capture and storage isn’t going so well, by the way, but whatever.

The really sad, puzzling, and downright bizarre thing here is that Ernest Moniz is a nuclear physicist. A bona fide scientist. And a total sell-out, but that’s a long story (again, you can read through my tag cloud for more if you’d like). Can it be any wonder that a large swath of Americans either have no clue that global warming is happening, or they think it’s a total hoax? Moniz is daydreaming about decades into the future, when things might (“well then….” sigh) have to change…and he’s got to think that way because the Department of Energy has issued leases for liquefied natural gas well into the middle of this century. Meanwhile, back out here in that other, parallel universe, I’m listening to 98%-99% of other bona fide scientists who are sounding every alarm bell they can get their hands on that we’re about to finish ourselves off as a species.

So I just read this whopper of a tall tale on one of the Department of Energy’s websites, the National Energy Technology Laboratory, or NETL, which is either going to make you laugh or cry. Maybe both. They’ve found a way, using GOLD nano particles, to actually bastardize clean, renewable energies, like solar and wind, so that they can use up more fossil fuels. I’m not even kidding. And this is how they spun that one:

The process will help slow global climate change by limiting CO2 emitted to the atmosphere, offer an environmentally friendly supplement to traditional energy sources, and enable sustainable use of our current fossil fuel resources.

Don’t bother trying to use the links at the bottom of the NETL page to find out more about this lunatic idea, because they don’t seem to work. They’ve probably been laughed off the internet. I found this article about it here, if you’re interested in learning more, or you share my gallows humor, because this one also tries to put lipstick on a real swine of an idea.

And speaking of twisted humor, does anyone else think that the NETL image “hyping’ their new research breakthrough looks like what a desperate junkie would throw together to get at his last bit of crack? 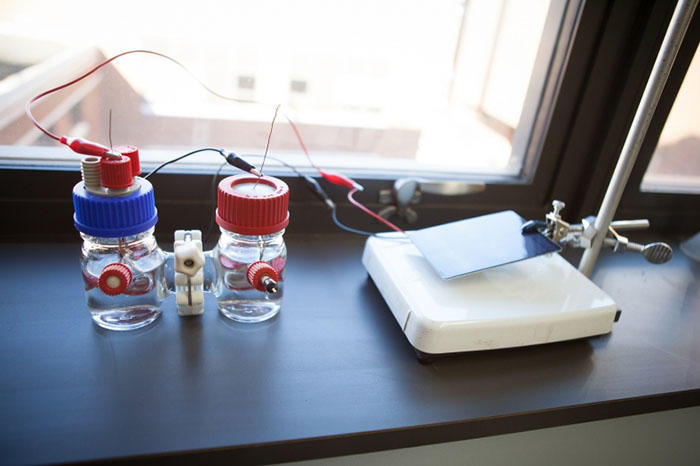