WHAT COULD POSSIBLY GO WRONG?

As we get closer to being evicted from the planet for bad behavior, increasingly lunatic ideas bubble up to the surface (not unlike methane hydrates) offering up schemes to “fix” the little problem we’re having (impending extinction). Of course, any kindergardener will tell you that if your house is on fire, the last thing you do is douse it with gasoline (while you attach a fuse to your belly button).

The first step is not to dim the Sun for all eternity (yes, that is actually someone’s dim idea). It is to STOP using fossil fuels. So, to restate the obvious: Step One: stop doing what is killing the environment. Step Two: start fixing the mess you’ve made.

But that’s not how it’s going down. Since no one in a position of authority will tell the fossil fuel industry, “NO,” there are plenty of other notions about how we might “save” ourselves:

Not a single one of those big plans are fake, by the way. But I’d add my own very simple plan: STOP BURNING FOSSIL FUELS.

Here’s someone trying to make geoengineering sound nifty and fun, you know, like a high school science experiment (because those never went badly!): 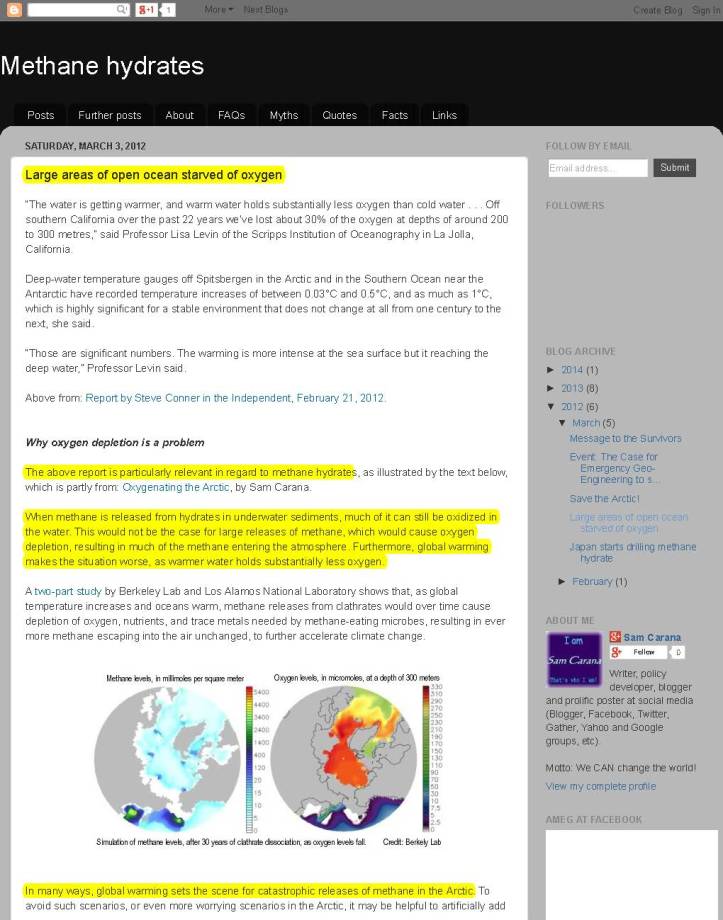 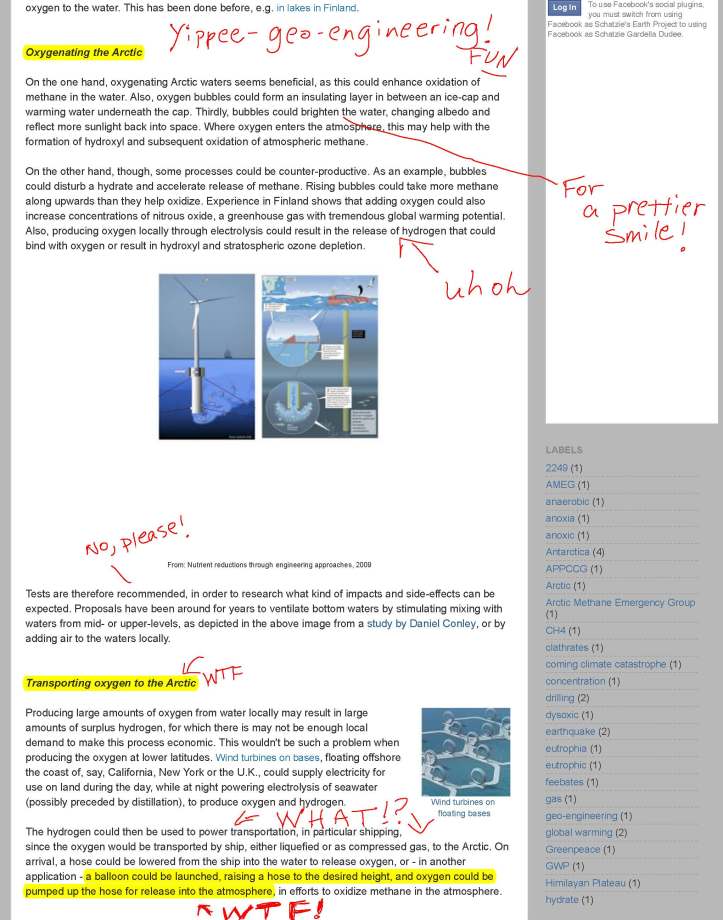 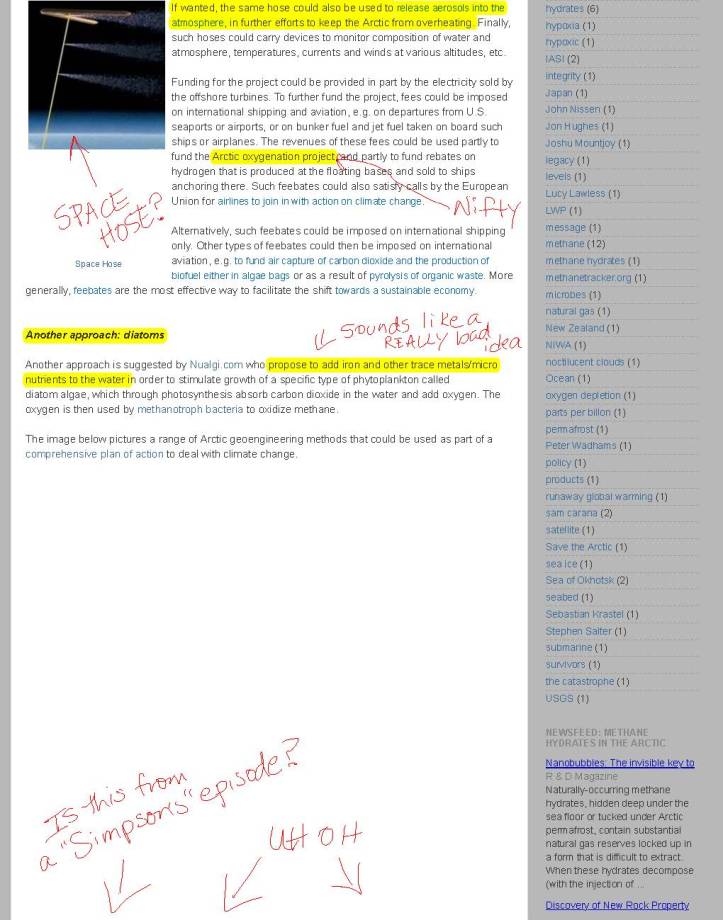 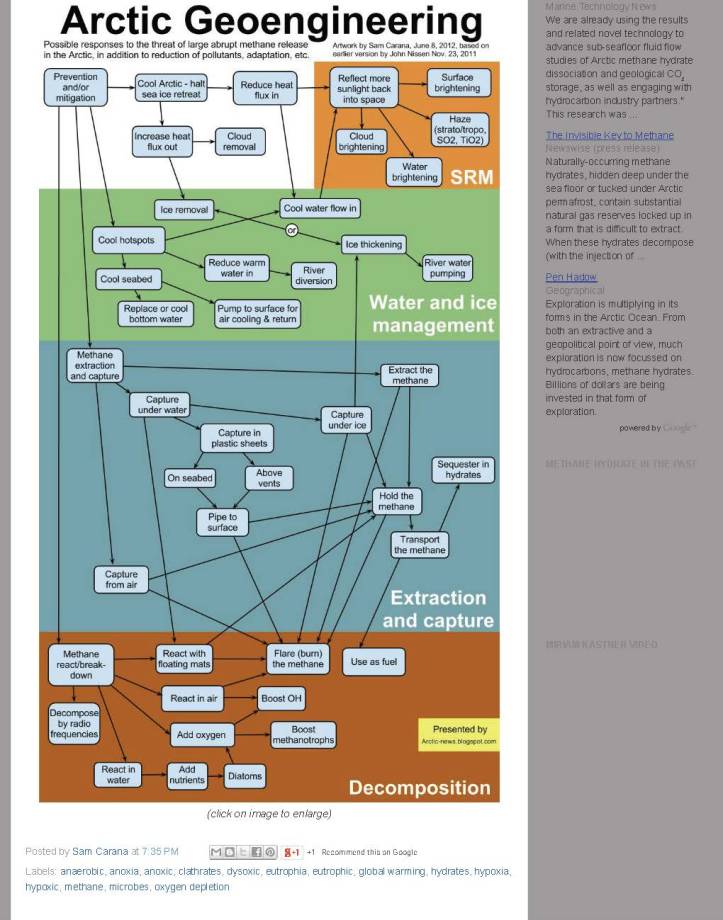 And in the sneakiest sleight of hand trick ever attempted, several of the right wing think tanks (Cato, AEI, etc.) who have been paid for years to deny that climate change is even HAPPENING are now the ones actually advocating for geoengineering, thus totally skipping the step of actually admitting they were wrong all this time. 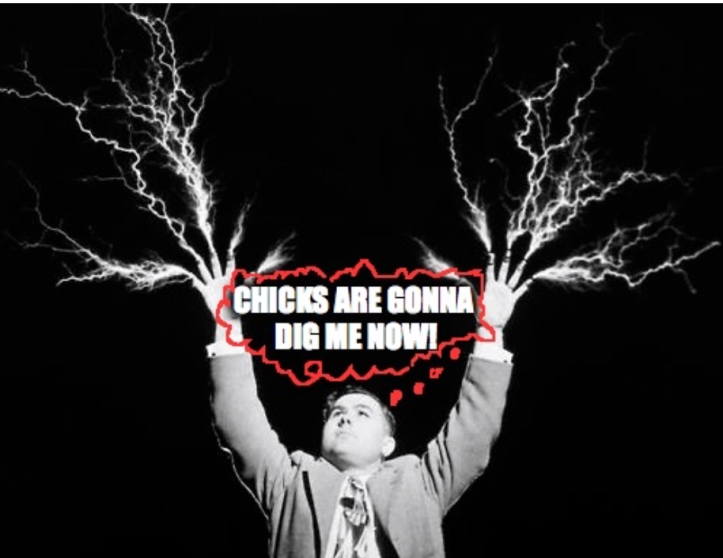 But why would the same people who are killing the environment be advocating for geoengineering? So that their clients (the fossil fuel industry) can keep making money off fossil fuels which they can’t do if they’re dead. Duh.