Back in 2007, Robert Hendricks, a distinguished NASA scientist who has been with the space agency for over 50 years, published a paper which explicitly stated that the methane hydrates locked into the deep, cold (and melting) depths of the Earth were soon to be released into the atmosphere, leading to what I have previously referred to as the “Arctic Time Bomb.”

Hendricks plainly states that such an extinction-level occurrence will be brought on by instabilities in the hydrates due to global warming. He says that it’s a matter of not “if,” but “when.”

His full paper is in the document frame below. As usual, I’ve highlighted parts of it. Hendricks refers to aviation fuel in this paper because that was one of his primary areas of interest at NASA, but his conclusions are crystal clear: Find the methane hydrates and capture them before they spontaneously become unstable and are unleashed from their safe enclosures (such as permafrost, which is melting). This will, as he says, essentially kill all or most life on Earth. Such an incident, as he mentions, is suspected to have occurred in the Permian Mass Extinction, or Great Dying, 252 million years ago when an abrupt instability in the methane hydrates locked safely below the surface was created due to climate change. This resulted in 96% of aquatic life and 70% of terrestrial life going extinct and is believed to be the closest that Earth has ever come to becoming a dead planet.

Hendricks, oddly enough, suggests an environmental “Russian Roulette” whereby we attempt to capture the escaping methane hydrates (which he says we have no other option but to try and do) and use them in various ways. If attempted to scale, it would be the highest-stakes game of Jenga ever played. One wrong move (and there are already dozens of oil exploration companies from several nations attempting this maneuver) and it’s “game over” for the rest of us, with the oxygen literally being sucked out of our lungs. Runaway greenhouse gas effects kick in, and we are teetering on the edge of a Venus like planet. And to be clear, we are not talking about something that might happen a few hundred years from now. It could happen at any moment. Tomorrow. Next week 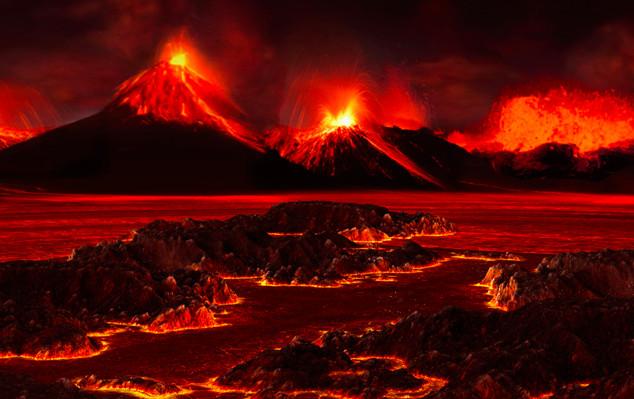 This story doesn’t get better with time. I tried to write this up months ago, but I felt it was too depressing and upsetting. And many good people before me have tried, and are trying, to get this message out to the general public, but their voices are drowned out by the fossil fuel industry and the politicians they control. And people can’t bear to listen because they’re scared. Believe me, please, when I say that I get it, but looking away is not the solution. I can promise you that scientists, real scientists, know how to give us a chance…a fighting chance, but they are being silenced, having budgets drastically cut while their messages are drowned out by an industry that has gone completely mad with greed and power.

So, if you’re not both scared and angry as hell, then please read this post again. Because the methane hydrates are being unearthed in a feverish attempt NOT to save the planet from another mass extinction. Nope. Methane hydrates are targeted for extraction and profit in what just may be the greatest sign of collective insanity imaginable. Those methane hydrates are being chased by oil and gas companies, at your government’s insistence, purely for profit. I’ll write more on that later. In the meantime, I highly suggest you read this blog post by Cory Morningstar. It’s from 2011, so there’s been more to this story since, but this blog post will fill in a lot of blanks. It’s not easy to read. Among her insightful comments: