Many cities, counties and states in the US are trying, with limited to zero success, to stop the onslaught of frackers from snatching the last drops of fossil fuel from their backyards. As many of you may know, Denton, Texas has been putting up an extended and brave fight against the Texas Railroad Commission at great financial cost to themselves. The Texas Railroad Commission, by they way, is as corrupt, evil and worthless as they come. You can always depend on them to do the “wrong thing.”

The city of Greeley, Colorado has apparently also fought the good fight. They not only lost the battle, but had to pay the oil and gas industry $388,000 in financial settlements. I’m just going to say that I’d be really pissed off right now if I was from Greeley, Colorado, as they’ve had another fracking accident on top of the earthquakes that have been CAUSED by the fracking.

And the woman in the photo at the top of this post, Tisha Schuller, was President of the Colorado Oil and Gas Association at the time of the legal action against the concerned citizens of Greeley. I’d be hunting her down, wherever she’s slithered off to, and demanding a) some answers and b) a public apology. And I’d videotape her reaction. And put it on YouTube. Shame can be a powerful motivator. 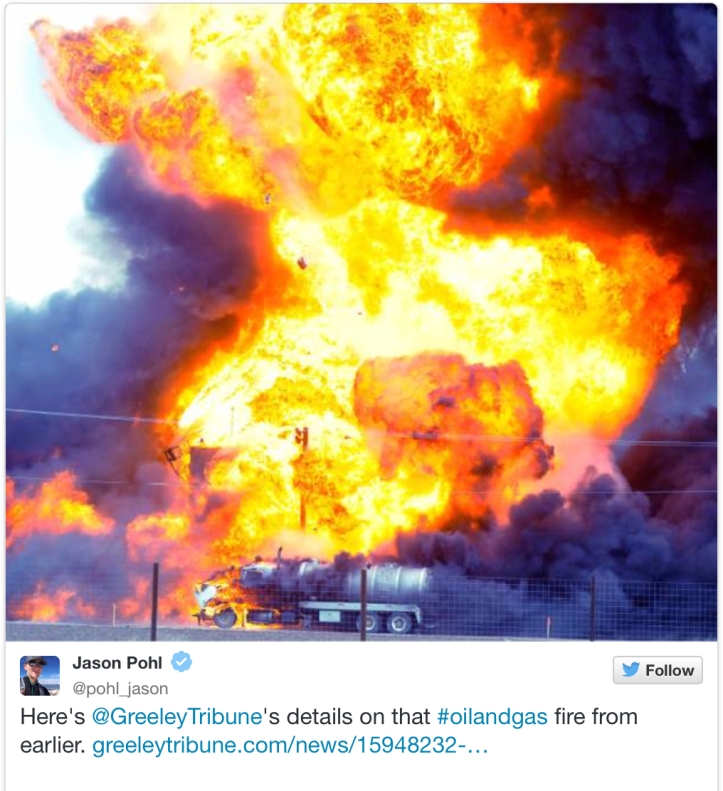 Seriously, folks, when are we going to take back our country from these crooks?