What do you think this is a photo of? 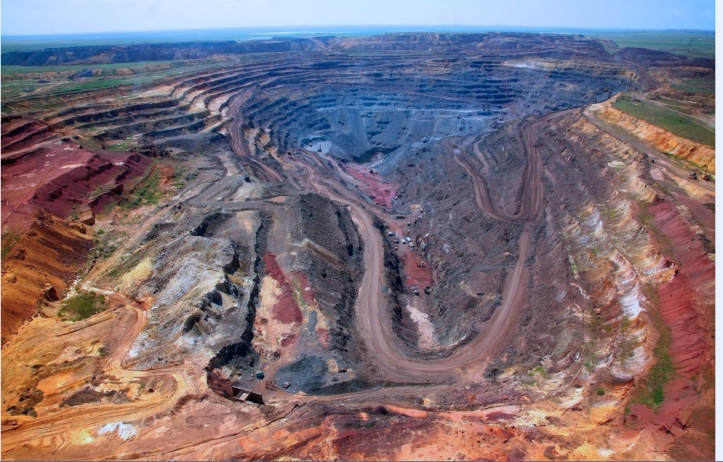 It kind of looks like the Canadian tar sands (below), right?

The picture at the very top of this post actually isn’t a fossil fuel industry-created nightmare. That icky, disgusting mess is the end result of mining for rare earth minerals at the Baogang Steel and Rare Earth complex in Baotou, northern China. Those minerals, which are not technically “rare,” are necessary to make the phone, tablet, or computer you’re reading these words on, along with flat screen TV’s, magnets, wind turbines, that spiffy new Apple watch…basically all the shiny, neat accompaniments of our modern American lifestyle.

No matter where you’re from, what line of work you’re in, which political party you’re affiliated with, etc., I’m betting that most people are disgusted by these photos. To me, they represent the worst, ugliest, and most shameful aspects of the human species. The fact that people sit around and PLAN such destruction of the natural world, of an environment which we as a species depend on to sustain us, is horrific. I don’t, however, blame those who labor in these pits of toxic oozing hell. Such aspersions would be entirely misguided. I remember reading how a man working in the Alberta tar sands had to mentally “convince” himself that the work he was doing, and the destruction he was seeing up close and personal, was on another planet, and not on Earth. It was the only way he could get through his shift.

According to an article from BBC Future reporter, Tim Maughan, called, The Worst Place on Earth, part of a series inspired by the group, Unknown Fields Division, the rare earth minerals which come from this plant, primarily neodymium and cerium, are actually quite abundant and can be found dispersed all over the planet. Tim Maughan notes:

“The intriguing thing about both neodymium and cerium is that while they’re called rare earth minerals, they’re actually fairly common. Neodymium is no rarer than copper or nickel and quite evenly distributed throughout the world’s crust. While China produces 90% of the global market’s neodymium, only 30% of the world’s deposits are located there. Arguably, what makes it, and cerium, scarce enough to be profitable are the hugely hazardous and toxic process needed to extract them from ore and to refine them into usable products. For example, cerium is extracted by crushing mineral mixtures and dissolving them in sulphuric and nitric acid, and this has to be done on a huge industrial scale, resulting in a vast amount of poisonous waste as a byproduct. It could be argued that China’s dominance of the rare earth market is less about geology and far more about the country’s willingness to take an environmental hit that other nations shy away from.”

In other words, the environmental destruction apparent in the photo of Baotou’s tailing pond is merely a symptom of China’s command economy and its government’s willingness (and ability) to choke and poison its own soil, water and surroundings for a buck. Your buck. This is not meant so much as “China bashing,” as it is Western and, particularly American, “bashing,” since the Chinese are doing what we’re not willing to do in our own backyard. Much like the global warming blame game which tries to ding China for its emissions (created when they make our “stuff”), don’t blame China. If you’re American, like me, just look into your mirror. We are the biggest and worst repeat offender in the world.

Another article in this series is about the city of Yiwu, also in China. It’s apparently the hidden home of “Christmas.” Or at least what we think of as Christmas, which is comprised of colorful lights, plastic and electronic toys, assorted and extensive stockpiles of all the parts of the holiday here in the US where we impulsively buy tons of stuff, year in and year out, to celebrate what has arguably become one of the top 10 environment-killing events on Earth (please see the very bottom of this article for 2 gift giving ideas which can actually help the planet).

The extent to which this tortured day (December 25th) has become its own unique symbol of wastefulness, blind over-consumption and materialistic nonsense hurts my brain. I have four kids. They don’t ask for much, and they’re always grateful, but they’re spoiled. By me. Why? I don’t know. Probably many reasons – guilt, recreating what I had as a kid, societal pressure, yada yada. I’d say those are all pathetic, lame excuses except those really are the reasons.

I’m personally, right now, owning and admitting my part in probably creating one little section of that disgusting tailings pond, and one part of that depressing Christmas-centered city in China. Every new and improved gadget, gizmo, energy efficient appliance, every shiny plastic piece of forgettable crap at Target – I am personally going to be (further) reconsidering and I’m going to force myself to look at this tailing pond every day between now and January 2, 2016:

The Chinese government, in its race to become the worlds economic powerhouse, merely mimics the diabolical achievements of world domination by the West. When you see the climate change deniers and those in politics prattling on about how WE here in the US cannot possibly be expected to cut our emissions or even admit how much we have utterly screwed up the planet (“because…CHINA!”), again, the thing to remember is that China’s emissions tally is really also OURS.

They are making all that crap for us, as in for Americans to consume. Not for Europe, Latin America, or Africa. It’s for one nation: the United States of Consumption. If we acknowledge this, accept our nation’s “part” in creating that disgusting tailings pond in Baotou, and our role in keeping that super depressing city of Yiwu stuck in some early industrial Santa Claus hell, and quit assigning blame to everyone else, maybe things will change. For the better.

I was (re)watching the movie, The Matrix the other night on TV. There were lots of commercial breaks, which, given what the premise of the movie is, really makes the advertisements seem creepy and surreal. At one point, this main bad guy –

who is known as Agent Smith, and who is actually part of an artificial intelligence program to maintain stability and order in the Matrix, tells Morpheus (Laurence Fishburne) that he despises humans and that he’s disgusted by us, saying:

“I’d like to share a revelation that I’ve had, during my time here. It came to me when I tried to classify your species and I realized that you aren’t actually mammals. Every mammal on this planet instinctively develops a natural equilibrium with its surrounding environment, but you humans do not. You move to an area and you multiply, and multiply until every natural resource is consumed. The only way you can survive is to spread to another area. There is another organism on this planet that follows the same pattern. Do you know what it is? A virus. Human beings are a disease, a cancer of this planet.”

Technically, he’s incorrect, but I can’t say I disagree with him/it. And when you see how Americans have exported as much industrial misery as possible overseas, imprinting the world with our recklessness, Agent Smith’s opinion doesn’t seem wrong.

The backstory in The Matrix which led to its creation in the first place (and to our demotion to merely being the equivalent of Energizer batteries),  is that we humans decide to dim our Sun so the artificial intelligence, or AI, we created (which is now out to get us because we are such a lousy species) doesn’t have access to its energy source, which is solar. The Frankenstein we create finds a work-around which leads to our enslavement and our being mined for our own energy. Eww. So many onion layers of a) wrong, and b) relevance in that movie.

I’ve gotten a little off course with The Matrix thing, but my point here is that we have no right to voice an opinion in any climate change mitigation “debate” about concessions or cuts in our emissions saying that it’s supposedly China and India who are the real “problem.” We Americans have just spread our gluttonous wings as far and as wide as possible, and, after all, the Chinese are just making tanker loads of crap for us.

Would you allow all that stinky, sulfur-smelling goo – 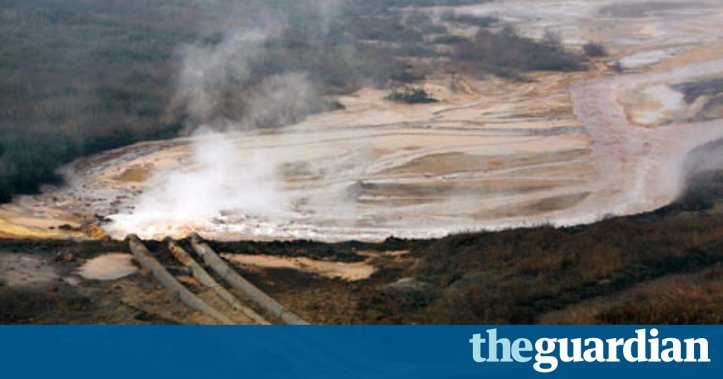 in your neighborhood just so someone else in a faraway place can buy that cool new Apple watch? Do you actually know anyone who aspires to work in a dingy, unsafe factory, day and night, breathing in toxic dust to make a smartphone screen to put under your Christmas tree? Probably not.

If the Chinese government is poisoning, suffocating and crippling their own people, we must acknowledge that they’re doing it at our request. I’m going to throw this in the mix, but it’s going to mess with your brain: the Chinese people are getting sick and tired of being “sick and tired.” They are forcing their government to deal with all the air pollution being created through the industrial revolution. The thing is, scientifically speaking, air pollution keeps the planet cooler. In other words, and regarding global warming only, air pollution is helping the rest of us. A lot. If you want to dig into that, here is a “less” technical explanation. If you want to read the harder scientific explanation, here is an article which I call my “aw, shit” PNAS article. Pick your poison, so to speak.

The holiday season is lurking about just around the corner. I’m suggesting that instead of it being a time to slurp up all the plastic crap and shiny tech gizmos we can get our hands on, we, instead, re-use, repurpose, and reimagine each purchase for what it truly is, which is ownership of whatever the hell THIS is: 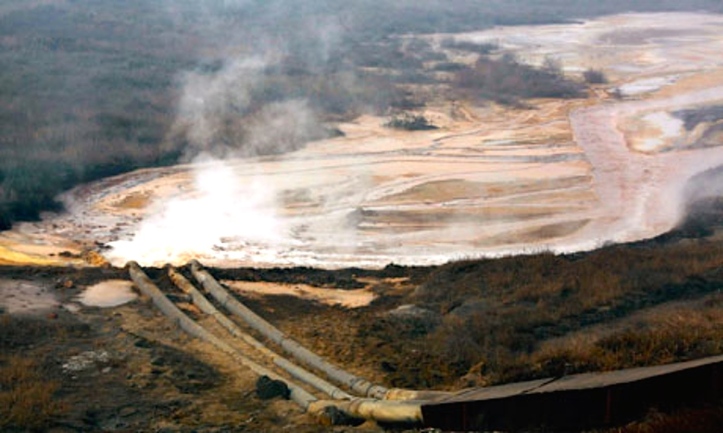 Gift idea which can help the planet & not create more “stuff”
A few months ago, I saw a lengthy segment on The Weather Channel series,  23.5 about a man (Scott Harrison) who started a movement to bring fresh water to those who have none. His organization is called charity: water.

Scott also made it a “thing” to donate your birthday to this charity, making drinking water possible to those who previously had none. It’s not a stretch to recommend that you use the link on their page meant for donating your birthday (click the link here) to ask your family and friends to make a donation to charity: water instead of buying more stuff for your Christmas or holiday gift.