26 year old street vendor Tarek el-Tayeb Mohamed Bouazizi, known locally as “Basboosa,” helped support his uncle, mother and six siblings (including sending one of his sisters to college) by selling produce on the streets of Sidi Bouzid. Bouazizi had a cart, loaded with produce, and an electronic scale to weigh his items. He did not have, nor did he need, a permit to sell his wares since he used a cart, and not a large stand or storefront. Nonetheless, he routinely experienced harassment and mistreatment by the local officials in a town riddled with corruption. At around 10pm on the night of December 16, 2010, Bouazizi obtained roughly $200 worth of fruits and vegetables to sell the following day, indebting himself against the next day’s anticipated earnings.

The next morning, Bouazizi was again harassed, as he had been many times in the past, and possibly extorted by police to pay a bribe, which he could not. Then, a female police officer confiscated Bouazizi’s much-needed electronic scale, slapped him in the face, and overturned his cart which was filled with produce. The anger and humiliation he felt led him to initially complain to the Governor’s office and then, upon receiving no help from them, he proceeded to buy gasoline and set himself on fire in protest, dying 18 days later in a Tunisian hospital.

Protests, demonstrations and riots were sparked in Tunisia upon his death, leading to what is commonly referred to as the “Arab Spring.” The widespread anger and discontent felt by the Tunisian people ignited a revolution and, ultimately, an incredible blossoming of Bouazizi’s Tunisia into the biggest “success story” in northern Africa. The Tunisian Revolution and unrest spread across the region, inspiring uprisings in Libya, Egypt, Yemen, Syria, Bahrain, Algeria, Iraq, Jordan, Kuwait, Morocco, and Sudan and smaller, yet substantial, protests in Mauritania, Oman, Saudi Arabia, Djibouti, Western Sahara, and Palestine.

Today, a group known as the Tunisian National Dialogue Quartet was awarded the Nobel Peace Prize, surprising many who assumed Pope Francis was going to win. The path towards the pluralistic democracy which exists today in Tunisia was long and arduous for a nation that could have descended into civil war, abject poverty, and chaos. In fact, all of the stories I heard on BBC Radio this morning which followed the announcement of the Nobel Peace Prize revolved around conflicts in places which had not (yet) succeeded as Tunisia has (Syria, Libya, Palestine, and Yemen).

In a world littered with political leaders who don’t seem to have an original idea, plan, thought, or goal in their collective heads unless there’s money attached to it, I’d have to say that the Nobel Committee acknowledged, in the very best way possible, the enduring and redeeming power of the people who don’t need anything other than their own valid observations to know right from wrong.

In other words, this one’s for you, Basboosa. 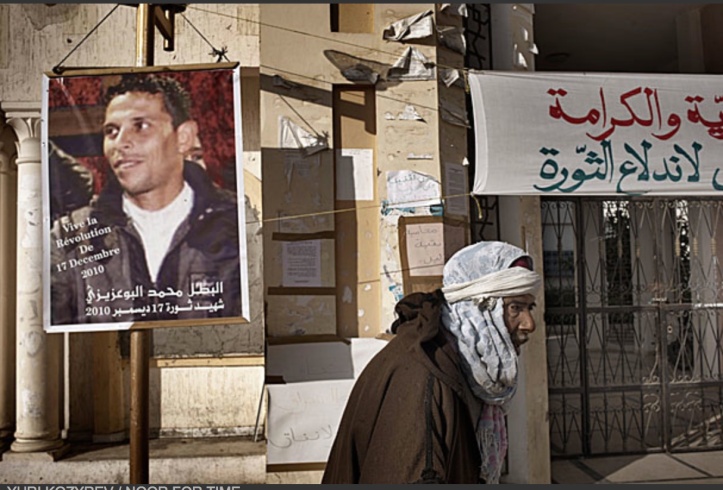