I have a boo-boo

I was playing hockey last Monday night and I got hit pretty hard from behind (accidentally). Unfortunately, I fell on my left wrist and despite trying to fix it myself while I was on the ice (by bending it back into some sort of normal-looking  position), my son, who was also playing, had to take me to the hospital. Six hours later, we had the verdict. In the words of the emergency room doctor,  I “broke the daylights” out of it. And so yesterday, I had to have surgery and my wrist was rebuilt with pins, screws, duct tape, and a metal plate (kidding about the tape). 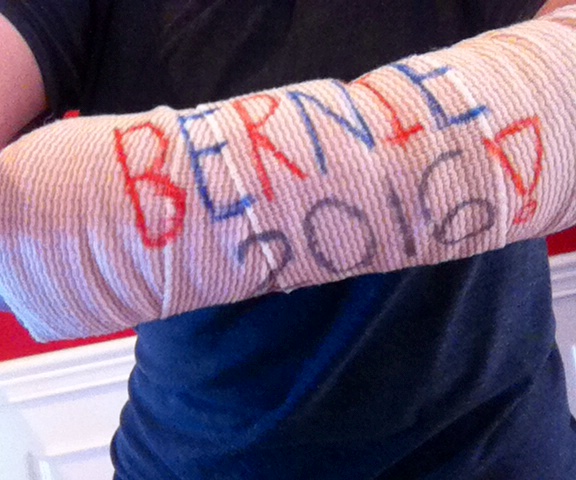 So far, so good. Now I’m trying to use dictation software, which has its limits. Some of you may appreciate the shorter posts. Ha ha.

Sorry if I haven’t been as responsive to your comments on Facebook. I’ll be back up to speed in no time. And back on the ice as soon as possible, of course.