Is the EPA saying that fracking is safe or that it’s dangerous? 2 interpretations

Two announcements today, regarding the EPA’s long awaited report on fracking. Totally different takeaways. Ecowatch, for example, ran with the headline “Long awaited EPA study says that fracking contaminates drinking water, while The Hill lauded the EPA’s study with their headline “Fracking not causing major harm to drinking water,” and claimed that the report was a victory for the oil and gas industry.

Too many interpretations of the same report, stating the opposite conclusion….wtf? It’s like an episode of Supernatural.

And, in an update of this post, I’ve since come across so many different write ups about the same EPA fracking report. Here are a few more headlines:

Desmogblog states that fracking is dangerous (I’m with them):

NRDC says that the EPA report confirms that drinking water has been contaminated: 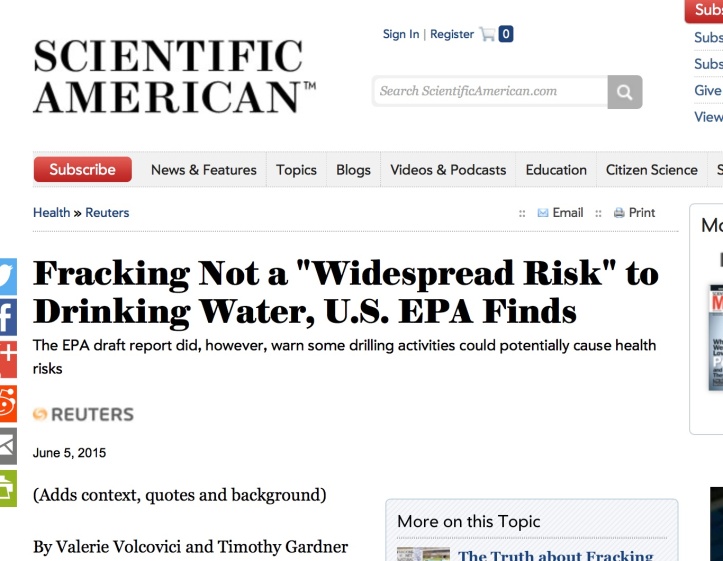 Sierra Club goes with the riskiness of fracking: