You break it, you buy it

What a bunch of whiny, sniveling pathetic crybabies. Seriously. What losers. PLUS, everyone knows they’re lying. I’m happy to say that I wrote to the Department of Justice a few years ago asking for higher penalties and fines be levied against BP for what they did in the Gulf of Mexico in 2010. I can only dream that, in some small way, it contributes to BP’s misery today.

Here’s an article, which appeared in Fuel Fix about BP’s recent attempts to have their penalties decreased: 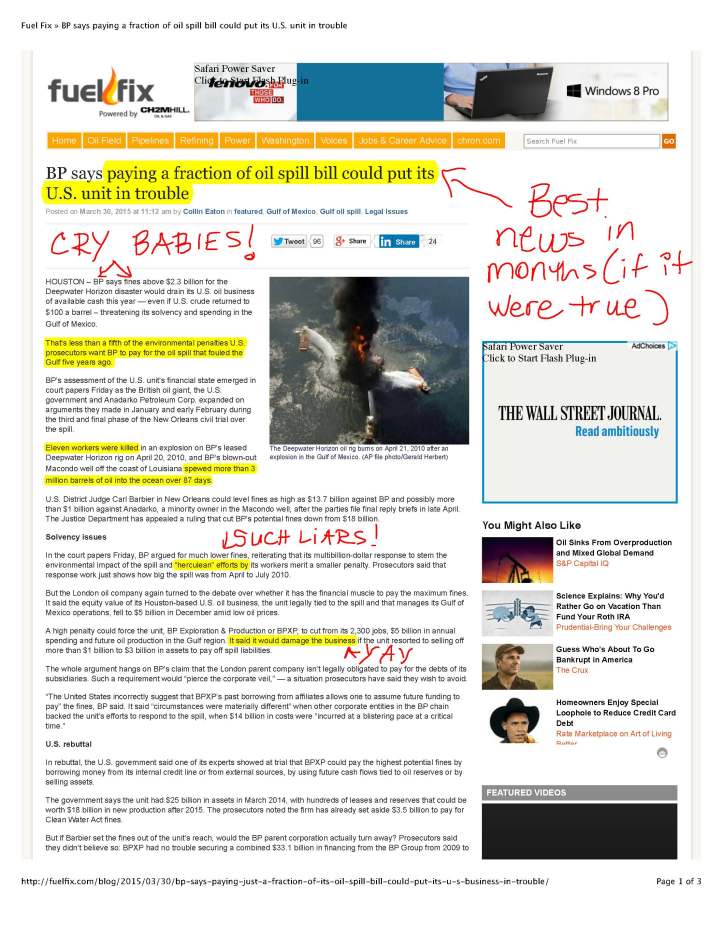 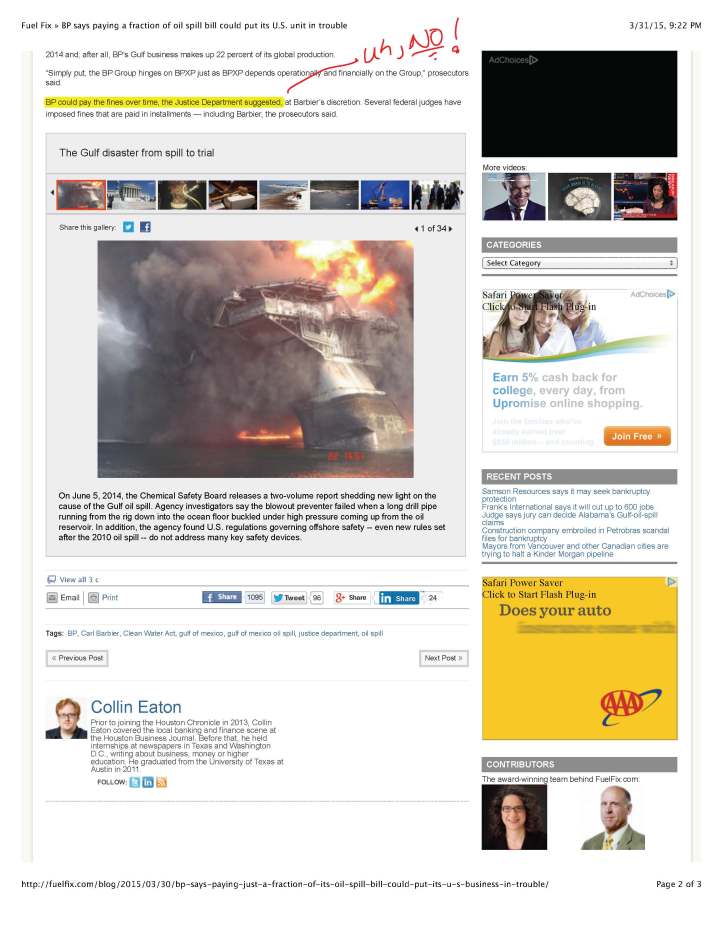 And regarding their toddler-like foot-stomping and fake threats that they’re going to have to go out of business in the US if they are forced to pay for the utter devastation and horrific suffering they caused in the Gulf? Well, here’s my response:

Or how about this:

and just one more: