I heard a news item on my local NPR radio station this morning about a company wanting to begin hydraulic fracturing, or fracking, here in Kentucky. To be honest, I was surprised that it hadn’t already started in my (adopted) home state. After all, it’s not like the Bluegrass is all that particular about it’s methods of environmental and personal destruction. We are a state awash in coal mining, tobacco, bourbon, and gambling (horse racing). Apparently, I was wrong about the existence of fracking already having a filthy foothold here.

The newscaster went on to say that a new company, called Horizontal Technology Energy Company, was seeking permits to frack. She mentioned that there was going to be a meeting tomorrow (Wednesday) to discuss it. She also said that the parent company was EQT Corporation out of Pennsylvania. Here’s a written version of the NPR story:

It’s now two hours later, and I have to say that the biggest surprise here is not what you might think it is. OF COURSE fracking is bad. OF COURSE fracking is dangerous. Yes, it contaminates groundwater, and it pollutes the air, and it poisons the soil, and, last but not least, it further heats up the planet, which is already teetering on the brink of kicking us off. These things are easy enough to a) prove and b) illustrate, and c) circulate on my websites. Easy peasy. Child’s play. The toughest part is just getting this message out in time. But the real shocker, for me at least, is how very little EQT Corporation thinks of us here in Kentucky. And by “thinks of us,” I mean how utterly stupid they assume we are.

Sure, we voted to keep Mitch “the Turtle” McConnell in Congress and anyone who can type “Google” can find plenty of proof that he doesn’t give a rat’s ass about this state. But the sheer depth of contempt and disregard for Kentuckians even having a smattering of neurons to use and connect just a COUPLE OF DOTS, well, I’ve gotta say, THAT kinda hurts.

Anyway, here goes, and after you read the next few things, you’ll see WHY EQT Corporation quietly created a company with an entirely different, and innocuous, if not stupid sounding, name to do their dirty work in Kentucky.

Let’s look at the very first page that popped RIGHT UP when I Googled, “EQT:” 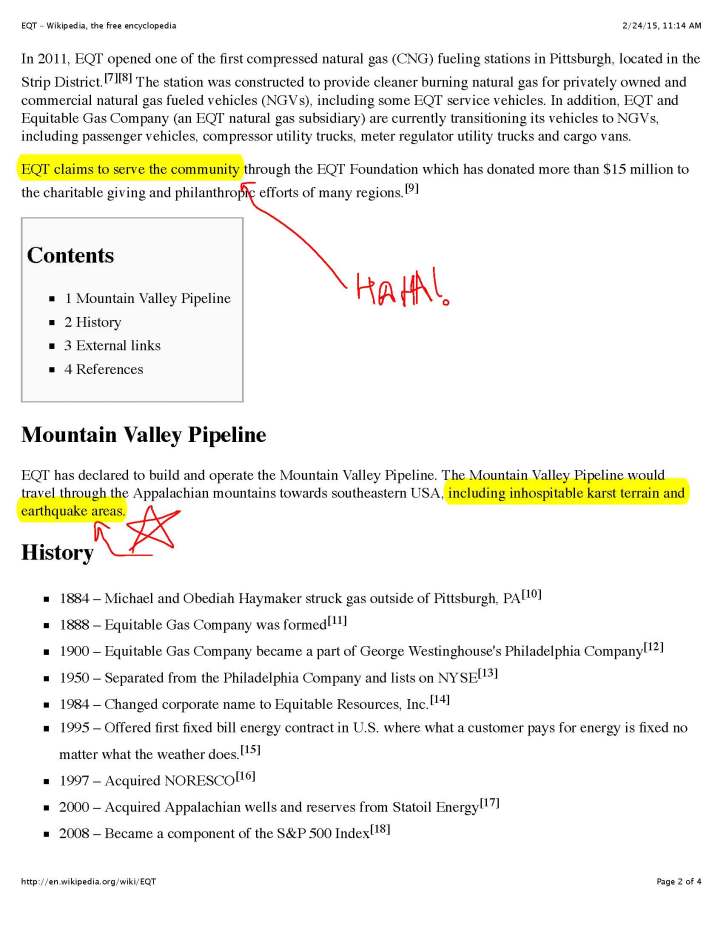 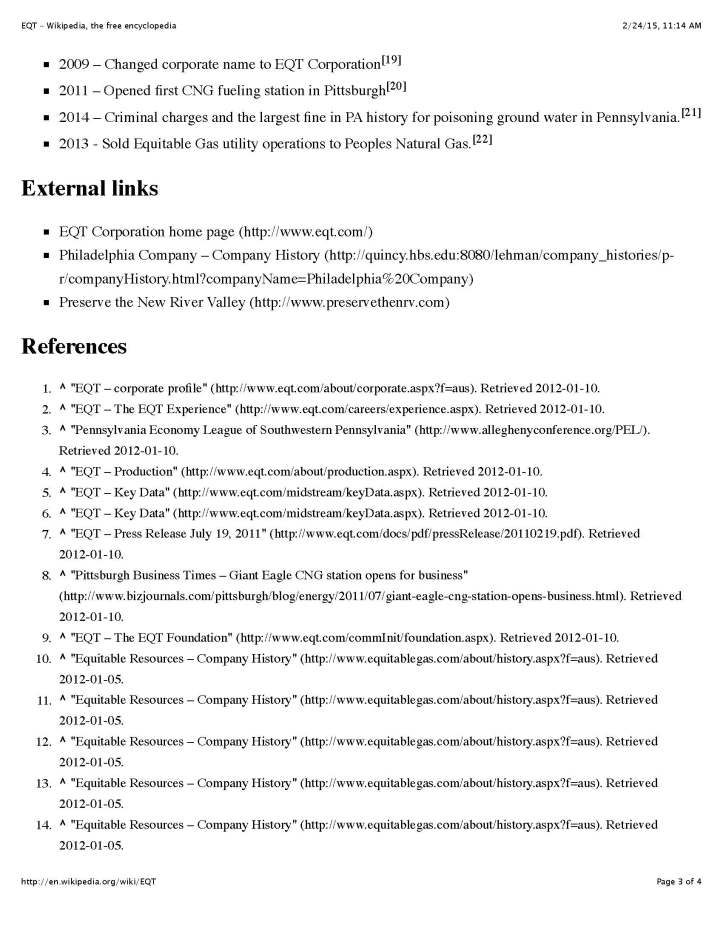 Which, within a few additional keystrokes, led me to this:

Which then led me here: 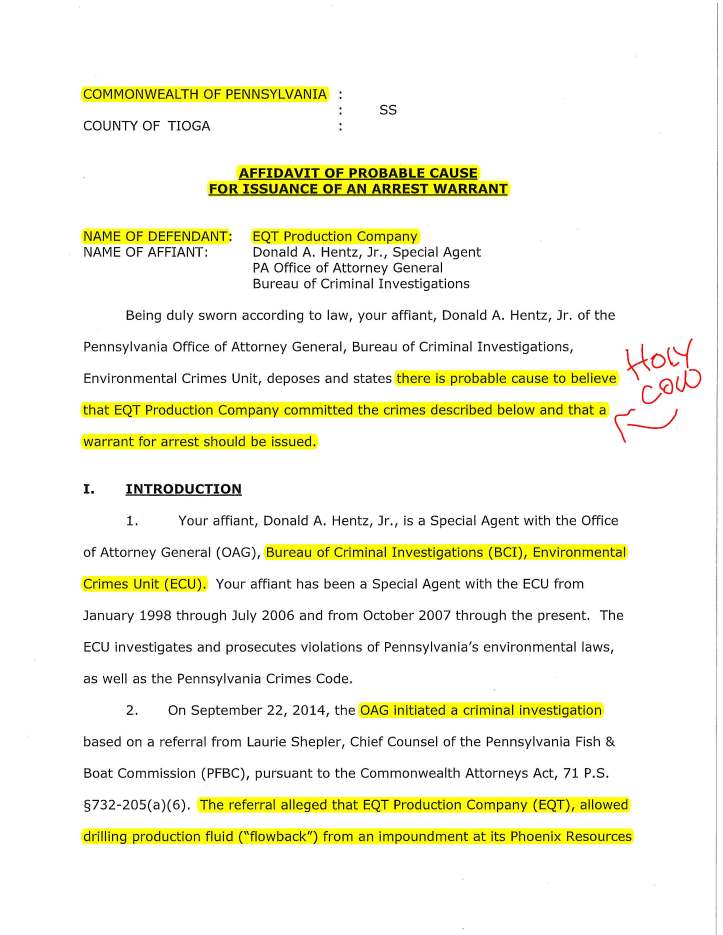 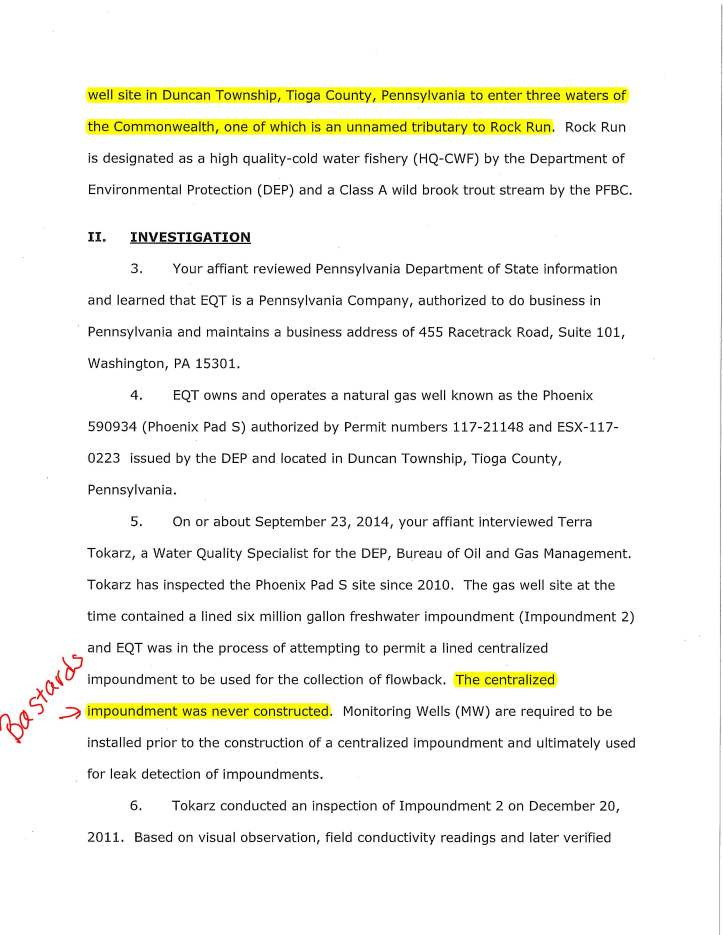 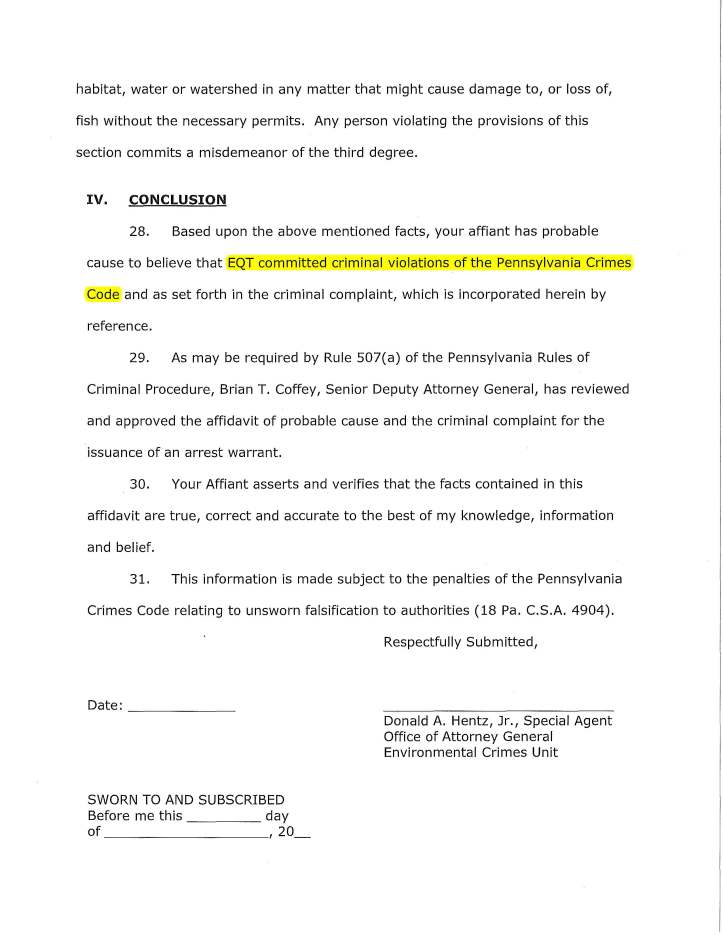 At which point, I’m starting to hyperventilate at the sheer AUDACITY of these bastards. So, I took a deep breath and went a little bit further, which led me here:

And, feeling like I already had plenty of ammo against these (literal) criminals, I just took it ONE STEP FURTHER, which got me here: 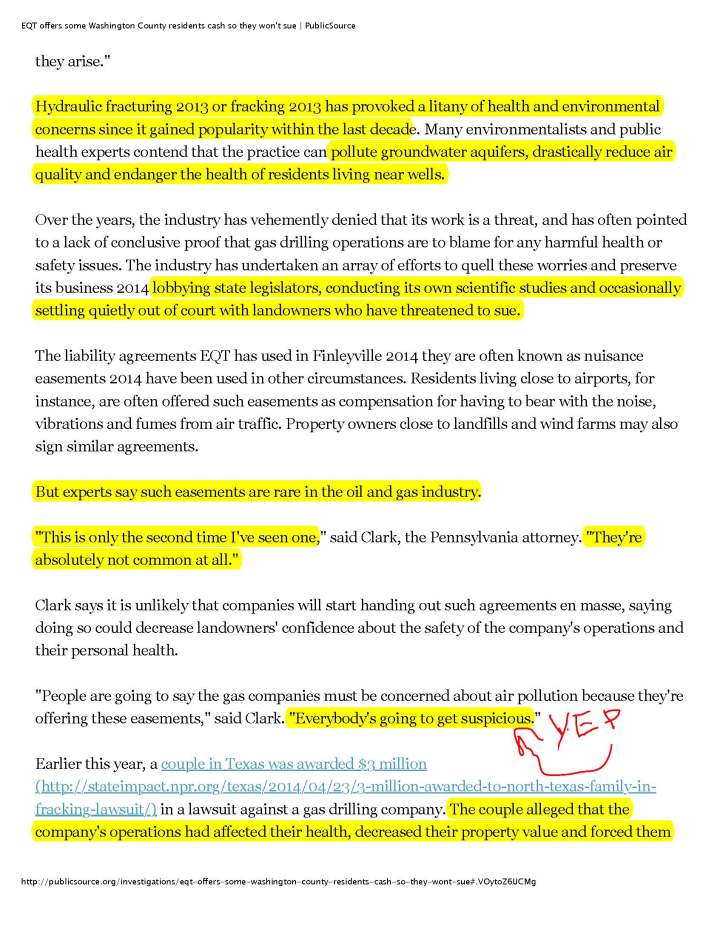 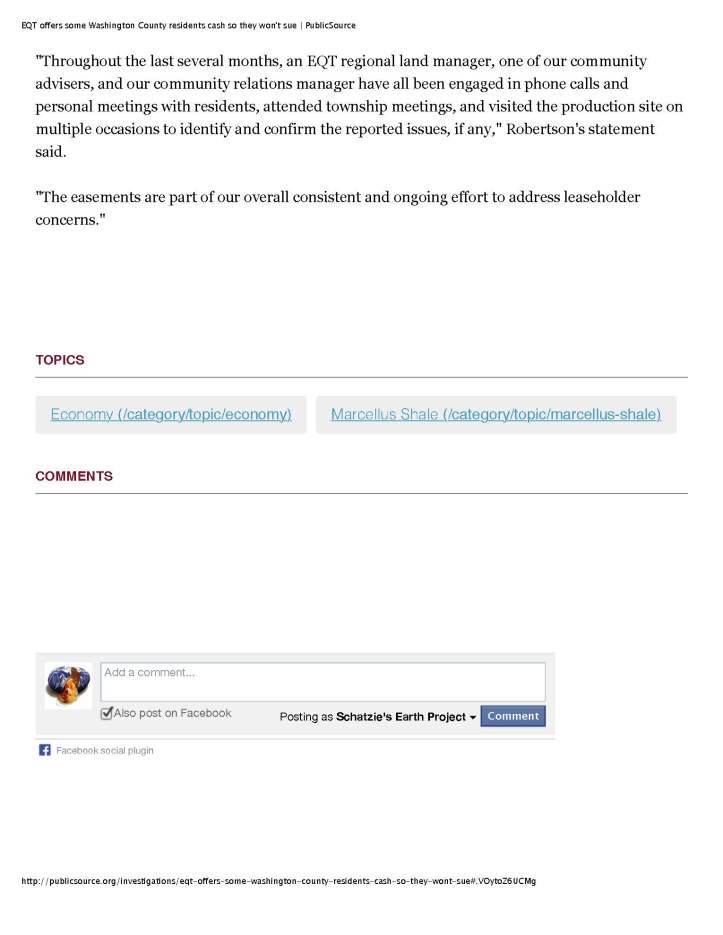 I could go on, but that would just be beating a dead (thoroughbred) horse, right?

I’ll just touch on one of the things EQT did, in case it isn’t obvious. Among their crimes, EQT HAD promised (although they must have had their corporate fingers crossed) that at the site of one of their wells, they were building a huge receptacle for FRESH water which was to be used for fracking. It would (theoretically) start out as fresh water, and then this company would (legally) toxically pollute it, shove it down into the earth to frack the daylights out of the ground, and extract the natural gas. If they WERE starting out with fresh water, as they promised they would be, they would NOT need a monitoring unit or any supervision of the liquid, or be required to have certain building permits or proper “liners” for an open container of just plain water.

Instead what they did was SAY that they were just storing the clean water and holding on to it until they were ready to add thousands of fracking chemicals to it and then use it to extract the gas from the wells, and then what they actually DID was store the already-lethal and dangerously polluted fracking fluid in these open containers.

Surprise surprise: it leaked like crazy. Why? Well, it wasn’t made for toxic chemicals which are conductive and corrosive (which is why those pipes way down under the ground LEAK LIKE CRAZY, but no one can SEE those). They had a permit to build something that would just hold fresh water. Do you see what I’m saying here? And this is just one of the things that REALLY pissed off the state of Pennsylvania and pushed this thing into the realm of epic fines and criminal behavior. It wasn’t just an accidental polluting of streams, soil, air and groundwater. It was deliberate and premeditated.

And Kentucky, these crooks, led by one of your own (apparently she’s from Oldham county) now want to do the same to YOU. And they think YOU are just too stupid to figure it out. They expect YOU to be paid off for your silence WHEN (and not “if”) they destroy YOUR precious environment.

Now, Kentucky, it’s up to YOU what happens next.